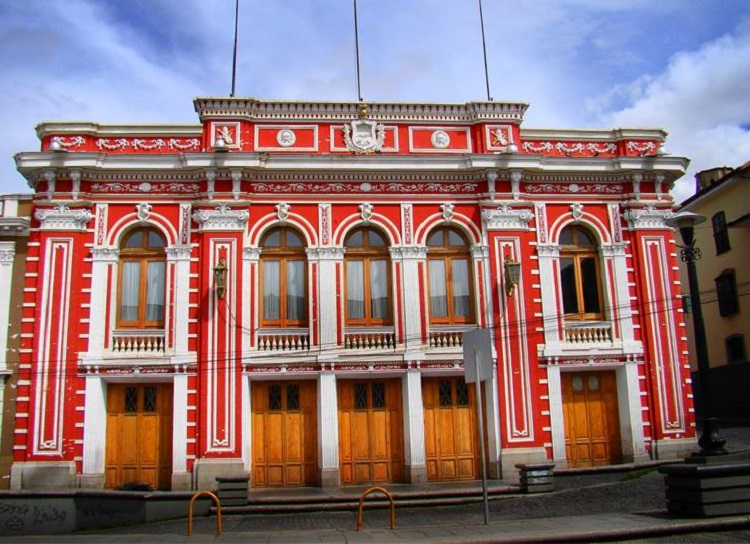 The main stage for dramatic performances in La Paz, the Teatro Municipal (also known as Teatro Municipal Alberto Saavedra Pérez) is an intimate venue headlining dance, music and theatrical acts from Bolivia and around the world.

Named in memory of Bolivian playwright Alberto Saavedra Pérez, Teatro Municipal de La Paz was designed by architect José Núñez del Prado in a style similar to one of the most important Venetian theatres of the time. After 11 years of construction, the theatre was inaugurated in 1845, making it South America’s oldest theatre.

Impressively, the interior of Teatro Municipal de La Paz still retains most its original design, featuring a round auditorium, elegant balconies and a beautiful ceiling mural. The theatre’s facade however, has seen a number of significant changes, including a major restoration in 2012 which involved the walls of the theatre being painted a striking red.

Located only two blocks from Plaza Murillo and one block from charming Jaen street, Teatro Municipal is worth a visit for those looking to experience the arts in La Paz. Ticket prices range from Bs 20-50 ($) depending on the show and can be purchased at the theatre either on the day of the performance or one to two days in advance.