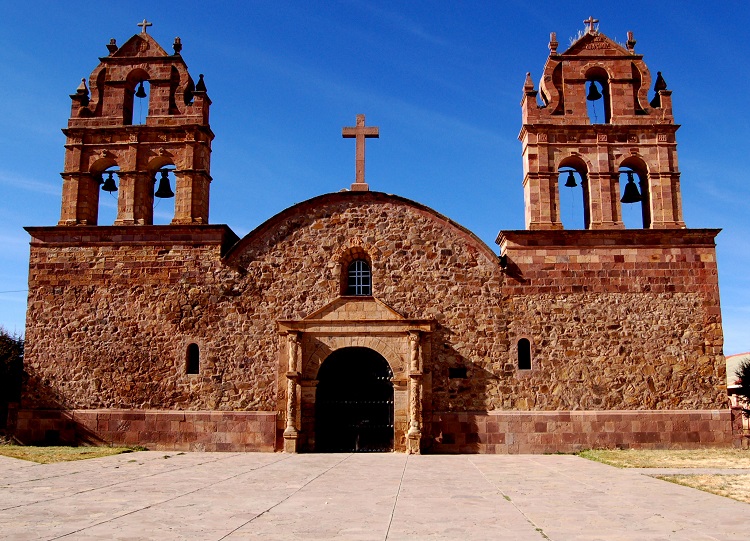 Sitting at a height of 3960 metres, only 36 km from the city centre, is an unassuming town recognised for being the original location of La Paz.

In search of a place to build a city that would serve as the half way point between Cusco and Sucre, Spanish conquistador Alonzo de Mendoza came across Laja, a small Aymara village located high in the altiplano. Happy with his decision, Captain Alonzo de Mendoza declared the founding of La Paz in Laja on October 20, 1548. However after spending a couple of freezing nights in Laja, Alonzo de Mendoza decided to transfer the city to to the more hospitable valley of Chuquiago Marka (now called the Rio Choqueyapu) where it remains today.

Home to around 23000 people, Laja is a small town mainly visited by travellers on their way to the ancient archaeological site of Tiwanaku. The town’s main feature is a beautiful colonial church said to be made of stones fromTiwanaku.

Originally built by conquistadors 3 years prior to the arrival of Captain Alonzo, the church was reconstructed in the late 1600s (or perhaps later based on a stone inscription on the bell tower which reads ‘1903’) at which time the mestizo baroque design was added featuring carvings of both colonial and indigenous symbols such as monkeys and double-headed eagles.

Along with being the original site of La Paz, Laja is also famous among locals for its traditional bread. The round flat cakes made without fat or yeast, can be purchased for around 1 boliviano a bag ($0.15) from local Aymayran ;women selling freshly baked goods about town.

How To Get To Laja

Situated on the Tiwanaku road, Laja is often included as a stop off point on day tours from La Paz.

For travellers who would prefer to experience the ruins and Laja on their own, make your way to Tiwanaku by bus, getting off at Laja before catching the next bus onto Tiwanaku.