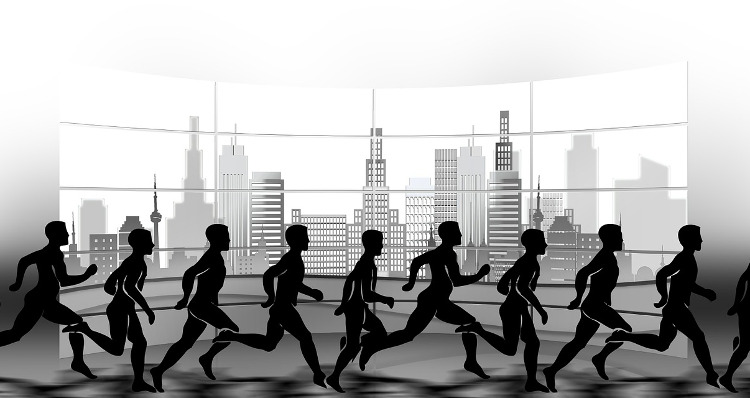 La Paz is not the easiest city to go for a run in. Step outside the door and you’ll likely find yourself stepping onto a narrow street packed with people and cars. The only escape from the city seems to be up and over the steep, densely populated hills which surround it on every side. Long before you reach them you’ll probably find yourself dizzy and gasping for air as your lungs try desperately to strain oxygen from the thin air. With a bit of planning, however, it is possible to go running in La Paz. Here are some tips.

The first thing to be aware of is the altitude. At 3,650 m (11,975 ft) above sea level, La Paz is well above the 2,400 m (8,000 ft) mark at which altitude symptoms can start to show. The standard advice on acclimatizing to altitude applies, but doubly so for running when your body requires even more oxygen. Make sure you give yourself a few days (minimum) to get used to the altitude before venturing out, stay well hydrated, start off slow and easy, and stay near help until you are comfortable that you can handle the altitude. If you start to feel unwell, stop immediately. Altitude sickness is as likely to strike down a marathon runner as anyone else. Remember that altitude sickness can quickly turn fatal so seek medical help sooner rather than later.

La Paz is a fascinating city, and most visits go off without a hitch. However, opportunistic crime does occur in the city and when running it is important to be aware of your surroundings. Be aware that the level of risk can change as you pass from one neighborhood to the next – if you start to feel uncomfortable, backtrack to familiar areas rather than carrying on. Perhaps most importantly, avoid running at night time when visibility is low and crime particularly high.

Here are some options for running routes in La Paz:

Have you been running in La Paz? How did you get on? Let us know in the comments…