Looking down over La Paz from 4000m above sea level is one of Bolivia’s fastest-growing urban centers.

El Alto, Spanish for ‘The Heights’, is not only the the largest city in Latin America inhabited by indigenous Americans, but is the highest major metropolis in the world. 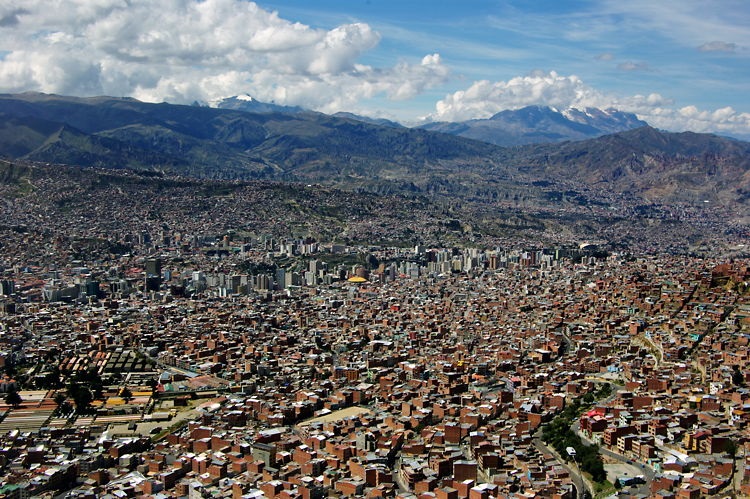 With a dense population and rapidly growing industry, El Alto is no longer just a suburb of La Paz, but an economical center in its own right.

In the early 1900’s, the city’s population mainly consisted of railway workers building connections to Lake Titicaca and Arica. During this time the settlement relied on water via tanker trucks from La Paz and it wasn’t until the 1950’s, when the city was connected to La Paz’s water supply, that the urban center really started to boom.

On March 6, 1987, El Alto was politically separated from the City of La Paz (a date celebrated annually) and in 1987 became a self-governing entity.

Due to an influx of people migrating from Bolivia’s rural areas, El Alto’s population now sits at around 1 million. This tremendous growth has posed problems for El Alto’s government, the main one being the city’s inability to supply clean drinking water and adequate sewer service to a percentage of the population. 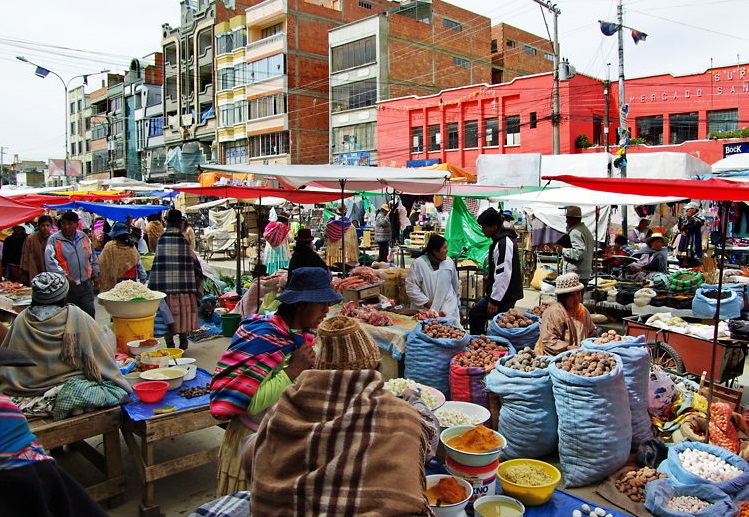 Known for its high altitude, cold climate, frequent protests, bustling streets and heavy traffic, El Alto is not for the fainthearted. That being said, the city is a fascinating place for travelers looking to experience local Bolivian life.

One of the city’s main tourist attractions is its open air market; the biggest in all of Bolivia. Stretching over 5 square kilometers the mostly Aimara market sells everything you can think of. Some of the more notable items include car parts, sports equipment, illegal copies of dvds and computer software, second-hand clothing, fake ipods and used medical equipment. Opened on Thursdays and Sundays (the markets biggest day), El Alto Market is not only a unique experience, but a place where travelers stick out like a sore thumb!

As voted the best way to travel around Bolivia and Peru, we highly recommend choosing Bolivia Hop as your means of transport. Travelling by bus ensures a more gradual exposure to altitude, preventing headaches spoiling your holiday!

The majority of El Alto’s locals are friendly and welcoming, happily answering questions from tourists about their traditions and culture. That being said, as in any large city, petty theft does occur so it’s advised that you don’t carry anything valuable and be discreet when taking photos.

To get to El Alto from La Paz, take one of the local white mini-buses from San Francisco Plaza and get off at the entrance to the market. It takes 30 minutes to get there and the bus ride costs Bs 2 each way.