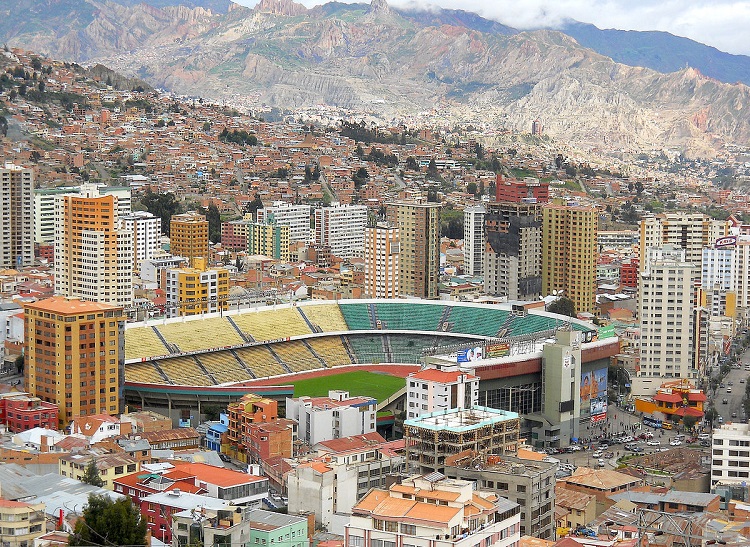 One of the highest professional stadiums in the world, Estadio Hernando Siles takes kicking goals to a whole new level.

Situated at an impressive altitude 3,637 metres (11,932 feet) above sea level, the premier football venue (named after the 31st president of Bolivia) is the country’s largest sports complex with a capacity of 41,143 seats.

While playing at such high altitudes doesn’t tend to affect local teams who are used to the thin air, teams arriving from other countries must contend with the lack of oxygen, causing their heart rate to speed up, thus tiring them out well before the end of the game. A prime example of altitude sickness impacting player performance was during the 2013 clash between Bolivia and Argentina when Lionel Messi, Angel di Maria and Javier Mascherano all became visibly sick during the game and had to be given oxygen masks to stave off symptoms.

To ensure Bolivian teams wouldn’t have an advantage over their rivals during the World Cup qualifiers, in May 2007 FIFA (football’s international governing body) ruled that no qualifying matches could be played in stadiums above 8,200 feet (2,500 m) above sea level. After much protest from Latin America’s high altitude nations, who claimed the ruling to be discriminatory, FIFA raised the altitude limit from 2500 meters to 3000 meters on June 2007 as well as announced a special exemption for the Estadio Hernando Siles, allowing the stadium to continue holding World Cup qualifying matches.

A testament to “home ground advantage”, over the course of the 2006, 2010 and 2014 World Cup qualifying campaigns, Bolivia compiled ten home wins and eight draws. On the road, they recorded only two draws and no wins; a compelling argument for FIFA’s original ruling.

Despite the controversy, Estadio Hernando Siles has also been home to some of footballs most historic wins such as the April 2009 match when Bolivia defeated Argentina 6 to 1; the worst defeat for Argentina in 60 years. 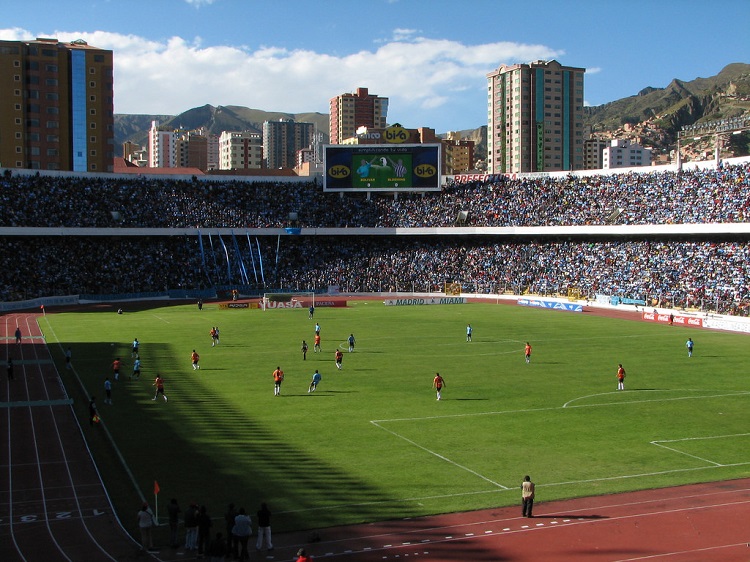 While snacks are available for purchase inside the stadium, do be aware that no alcohol is permitted or sold inside. Outside the stadium there are plenty of stalls selling knock-off merchandise as well as a number of street food vendors.

Nights get very cold and there is not much cover, so make sure to wear warm clothes and bring a waterproof jacket.

A true local experience, watching the crowds at a Bolivian football match can be just as entertaining as the game itself. Throughout the match’s there is a palpable sense of excitement as rowdy supporters cheer, sing and dance for their team. The most passionate supporters can be found sitting behind the goals, so if you’re wanting to avoid football fan madness, you may want to choose a seat on the side of the stadium

And if you’re not going to a game but want to see inside Estadio Hernando Siles, head to Mirador Killi Killi where you can get a great view of the stadium.

How To Get There

Estadio Hernando Siles is located in the Miraflores borough of La Paz.

A taxi from the main plaza to the stadium takes around ten minutes and costs around 15-20 Bs ($2 US) for a one way trip. Traffic can be busy during football matches so make sure to leave ample time to get there so as not to miss kick off..

Alternatively, you can walk the 2km from the main plaza to the stadium along Avenida Illimani which should take around 30 minutes.