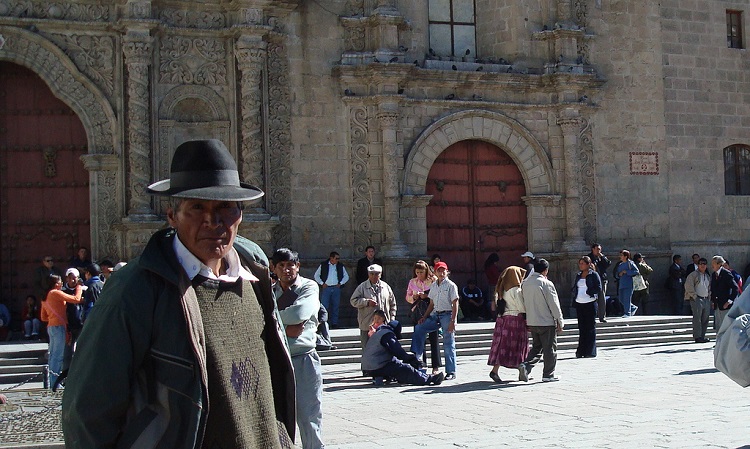 The religious edifice standing today in Plaza San Francisco is not the original. Even before the founder of La Paz, Alonzo de Mendoza reached the valley in 1548, the Franciscans had already settled there.

The chief of Quirquincha donated land on the former bank of the Choqueyapu river to the Franciscans, for construction of a church. This construction began in August 1549 and culminated in 1581. By 1612, this first church had collapsed due to extreme snowfall in the region and was left untouched until the 18th century.

San Francisco Church was popular with both the Spanish and the local Aymara people. However, because it was unthinkable for the Aymara and Spanish to mix, a separate entrance was built for the Spanish, accessible only from a bridge crossing the river.

On April 23, 1758, San Francisco Church was consecrated and by 1790 the carved facade of the church was fully completed. It wasn’t until 1885 that the construction of the church’s single bell tower began.

In 1948, the church was declared a minor basilica. Between 1965 and 2005, the church and convent were restored, and part of the convent was opened as a museum.

San Francisco church is named after its founder, Francisco de los Angeles Morales, whose remains are entombed in the church. 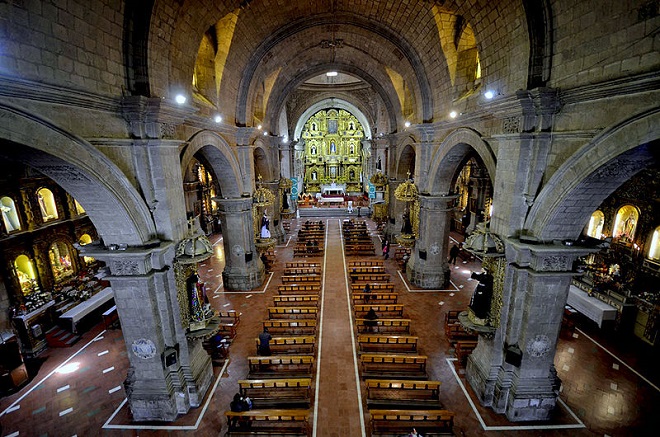 The beautifully decorated church, admired for its intricately carved facade and blending of catholic and native art, was built entirely by indigenous Aymara workers.

The church’s outer walls, built in the baroque-mestizo style, feature carvings of indigenous symbols, such as snakes, dragons, tropical birds and masked figures. A contemporary statue of rock columns in the upper section of San Francisco Plaza is intended to honor the Tiwanaku, Inca and modern cultures of Bolivia. 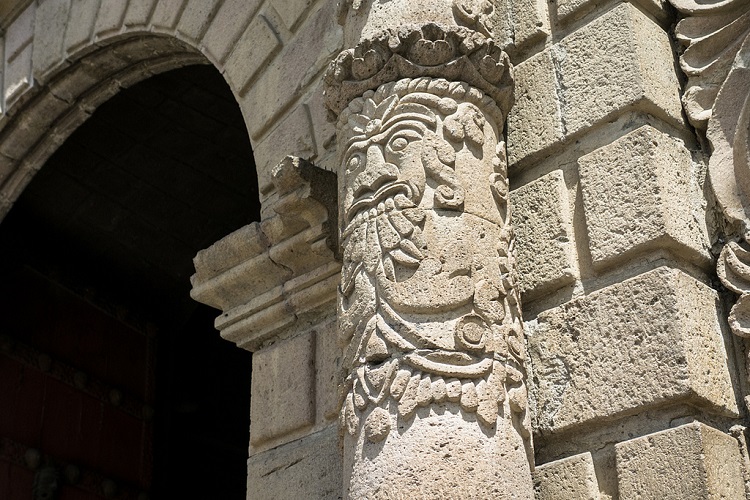 Once inside San Francisco Church, the baroque influences start to fade away. The interior of the building is designed more in the neoclassical style, typical of the time, featuring small cedar altars with gold-leaf designs.

The church’s rooftop is made from unevenly-shaped tiles, in the “Estilo Muslera“, or “Thigh Style”, a method of making tiles. Workers use their own thighs as the mold for the tiles, which turn out all different sizes, depending on the leg size of the worker. 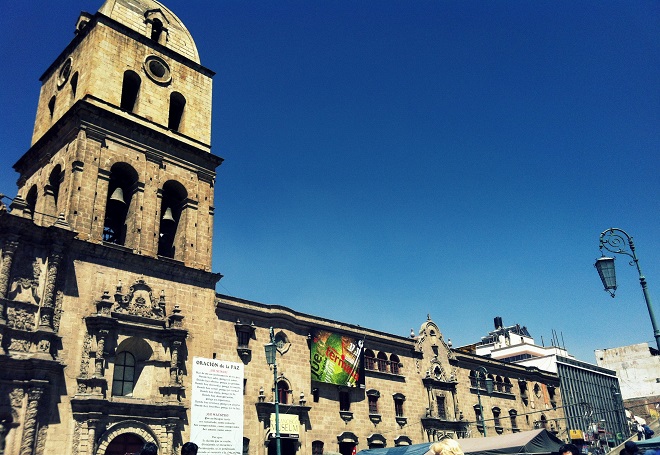 Visiting San Francisco church is free, however in order to see the monastery and explore its rooftop visitors are required to purchase a ticket.

Tours of the church are available for Bs 20 ($3 US). A Spanish or English guide will take visitors around the church and explain the historical and structural elements of the building. The guides will also point out many of the church’s paintings, crypts and cloisters as well as take visitors to see the catacomb where Pedro Murillo was buried. To finish, there is a visit to the bell tower which provides amazing views over La Paz.

The tour is a great way to learn more about the role of the church during Bolivia’s search for independence and the significance of the building to the people of La Paz.

Visitors should note that photography is not permitted inside the church.