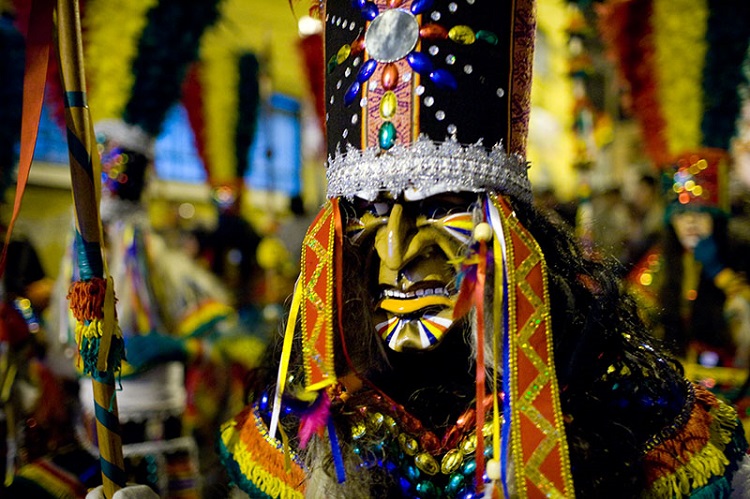 Every year, on the third day of Carnaval, the streets of La Paz overflow with colour and delight as the Indigenous people of Bolivia dance and sing in celebration of Pachamama (Mother Earth), thanking her for all she has provided them throughout the year.

Meaning “small carnaval” in Aymara, Jisk’a Anata is one of the most fascinating of the Carnaval parades. Before the 1960’s the parade was held to showcase the best orchestras and national dances from urban society. Over the years the parade’s format began to change and by 1995 dancers and musicians from rural La Paz were added to represent Bolivia’s folkloric diversity. It was at this time that the Andean Folklore Society set out to rescue the traditions of the indigenous populations around La Paz, aiming to recover their ancient customs and native dances.

Considered an alternative to the world renowned Oruro Carnaval, today’s Jisk’a Anata is a meeting of rural and urban traditions. Other departments throughout Bolivia also participate in the parade as well as guests from neighbouring Peru.

In celebration of the end of the rainy season and the beginning of the harvest, 50 folkloric groups made up of around 4000 dancers, put on an exciting cultural display to the delight of large crowds.

Dressed in elaborate costumes, dancers perform Pre-Colombinan choreography including the Qhanchwiris, Sicuris, Khantus and Tarkeadas to traditional wind instruments such as quenas, tarkas and zampoñas. Colonial-era dances are also showcased, such as the Morenada, representing the arrival of the slaves and the Caporales, a dance representing the slave and estate owners.

Jisk’a Anata begins at 11am on the ground of the Bolivian National Brewery (CBN). The parade continues through to Mariscal Santa Cruz Avenue, past the Obelisk on Camacho Avenue, onto Well Street, Bolivar Avenue and ending around 8pm just outside the “Hernando Siles” Stadium. 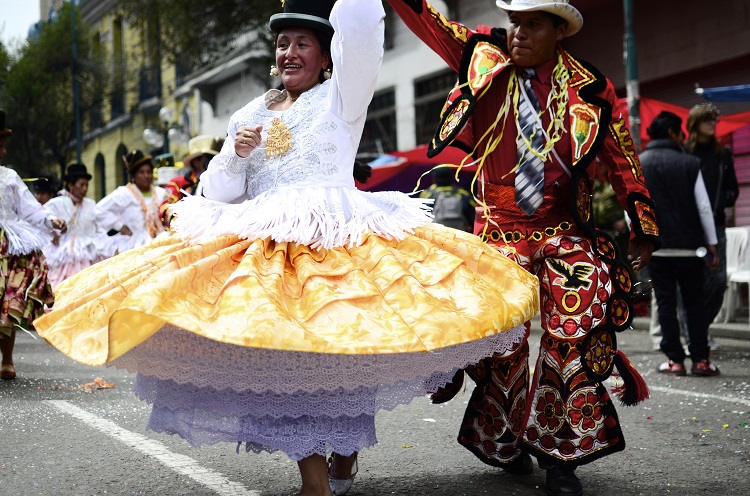 Have you attended Jisk’a Anata Carnaval? Share your experience in the comments below: